skip to main | skip to sidebar

So if you haven't already heard I had my 16 week ultrasound on Tuesday and the doc said it's 80% chance a GIRL  of course I'm super excited.  It's kinda annoying that it's only 80%. Her little legs were in the way a lot of the time and that's why she wasn't 100% sure. I have to go in for a big 3D one in the next couple of weeks and then they will verify.  I'm still not really showing yet but I know it will be soon.  Dan was really excited too! He recently was getting his hopes up for a boy because his brother just had a boy and his sister just found out that she is going to have a boy so he wanted it to be the three stooges.  But he got over that fast. He did the cutest thing ever! When he came home the night we found out he had a huge bouquet of pink flowers!! He told me that he was sorry that they weren't for me but they were for baby Jade.  I already know she's going to be a daddy's girl! 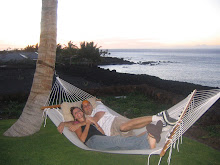